Veganism is trending and my family is no exception. My son rang me excitedly, a month before returning home from university, to say he had watched  ‘The Game Changer’. This is a film promoting the merits of a vegan diet for athletes  and, being a keen gym member  he was checking I could stock up on some soya milk, fruit and vegetables  for the holiday period!

A vegan diet is good at providing  large amounts of protective nutrients:  carotenoids, flavonoids, isoflavones, vitamins E and C amongst others.  These nutrients come into their own as our first line of defence against free radical damage. They are important at protecting our bodies against short term illnesses such as flu and the common cold but also against long term chronic  conditions including Cancer, Heart disease and Dementia.

However plant based foods do have certain nutritional limitations which are worth being aware of if you are about to embark on a vegan diet.

For a start, plants are lower in protein compared to animal products  and each plant  has a limited  range of amino acids with the exception of Quinoa which has all nine amino acids and  is a complete protein. That is why it is important to combine foods in a meal or snack. For example, nuts with cereals or pulses with rice to get a full complement of amino acids for health.

Ensuring an adequate intake of healthy oils may also require some thought. Nuts and seeds are  good sources of omega 6 oils but only walnuts, flax, pumpkin, and chia seeds provide any omega 3 oils. The oil present  is called  ‘alpha linolenic acid’ and  unlike the omega 3 oils found in fish, which the body can use straight away, it has to be converted to one of the active omega 3 oils called EPA and DHA. Good supplies of magnesium, zinc, vitamin C and vitamins B3 and B6 are required for this conversion.

Similarly, it may be harder to consume sufficient amounts of phospholipids on a vegan diet. These nutrients  make up the myelin sheath that surrounds each nerve in the body and are also important for memory function.  They can be found in small amounts in soya milk, tofu, quinoa and broccoli and you can supplement your diet using lecithin granules.

Vitamin B12 is only found in animal products and so anyone following a vegan diet should take a daily supplement containing B12. Sufficient stomach acid is required for the absorption of this vitamin and a high alcohol intake may mean that a higher intake is necessary.

Several studies have found that vegans tend to have lower intakes of calcium in their diets and some  may be at risk of a deficiency. In the short term, a deficiency  can result in muscle cramps or tremors; insomnia, nervousness or high blood pressure. In the long term it may result in bone loss and Osteoporosis.

Finally, a word about vitamin D. Vitamin D is a nutrient which should concern  everyone living in the northern hemisphere – vegans and carnivores. Sunlight is our main source of vitamin D and during the winter when day light hours are reduced the levels absorbed by the skin are inadequate. Good food sources are oily fish and eggs and this may explain why the  EPIC Oxford Cohort study which looked at  more than 37,000 men and women  found that those on a vegan diet had lower blood concentrations of vitamin D.  Many people take the precaution of supplementing their diet with vitamin D and Ergocalciferol  is a form of vitamin D which is made from yeast making it  suitable for vegans. 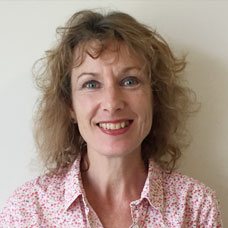